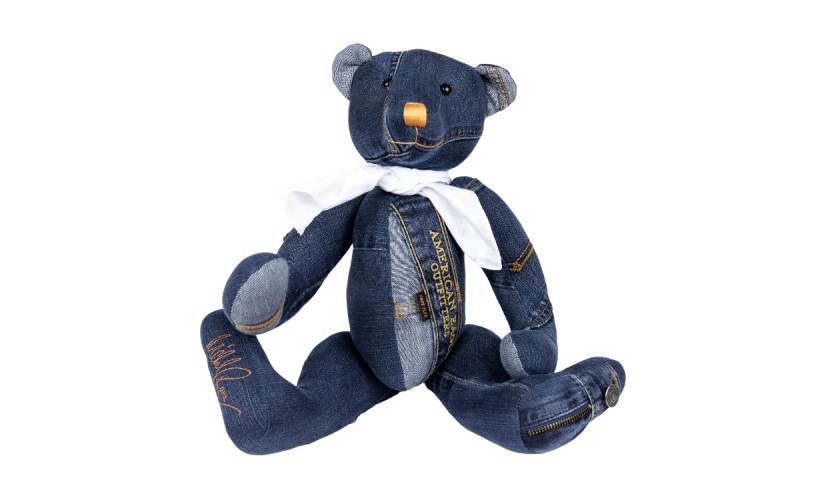 A unique handmade bear made from a pair of jeans donated by Michel Roux Jr.

Legendary chef Michel Roux Jr is the chef/owner of Michelin 2-starred Le Gavroche in Mayfair, London which he took over from his father, the late Albert Roux, in 1991, gradually changing the style of cooking to his own – staying true to the restaurant’s roots of classic French cuisine but with
a slightly lighter, more modern twist.

Always keen to support and develop the hospitality industry, Michel is Co-Chairman of The Roux Scholarship, along with his cousin Alain Roux. The Roux Scholarship is a renowned competition for chefs under 30 who are working in the UK, giving them the opportunity to win a three-month stage at any three-star Michelin restaurant in the world, all expenses paid.

This auction is subject to a Buyer's premium related to the online sales platform that you're using. This Buyer's premium includes sourcing of the lot, evaluation of authenticity, storage, sales activity and customer support. The minimum Buyer's premium for this lot is £52.00.